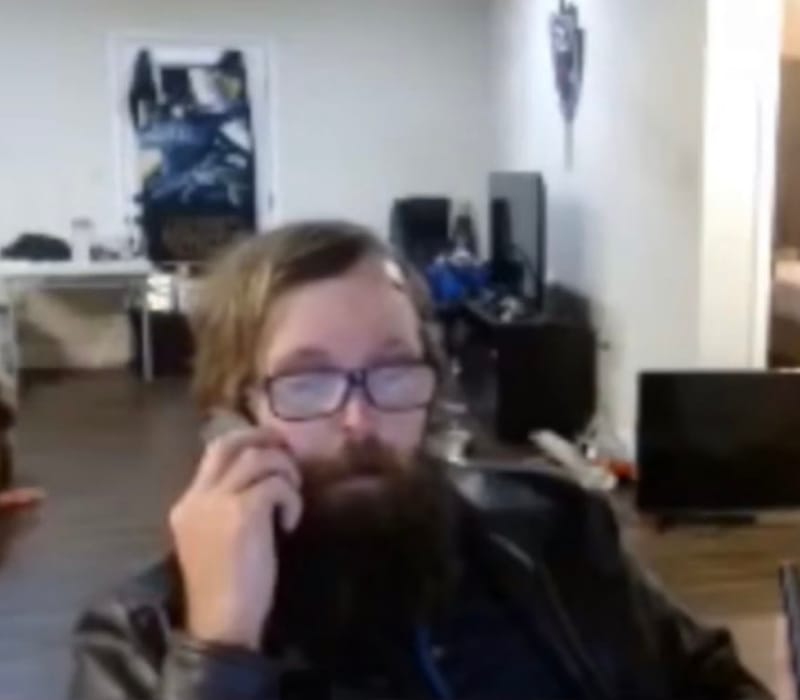 A large number of TikTok users are taking it to different online social media platforms to warn the people regarding this viral video.

In Ronnie Facebook live stream suicide video, he shot himself in the head.

His church has confirmed his death, the non-denominational Celebration Church in Tupelo, Mississippi and they issued a statement “In the midst of a sudden tragedy that occurred last night, we grieve with the McNutt Family during this time because of the passing of our brother in Christ, Ronnie McNutt.”

When he passed away, a significant number of his loved ones shared their pain and his passing turned into a viral occasion after he streamed it on Facebook Live.

Ronnie McNutt’s death video was live-streamed on Facebook on August 31, 2020. Julia Alexander, who is a make of the weekly Disney newsletter, wrote on Twitter “Is anyone else’s FYP full of videos warning people on TikTok of a graphic video going around?

Said video seems to have gone around 4chan a few days ago and I guess has made its way to TikTok. I haven’t seen it on TikTok, but I’m seeing a flood of these types of warning videos.”

Who is Ronnie McNutt?

Ronnie McNutt was 33 years old Veteran of the United States Army Reserve where he worked during Iraq War. At the time of his death, he was working at the Toyota plant in Blue Springs.

When he shot himself, a friend wrote, “Please say a prayer right now for the family of Ronnie McNutt. He just killed himself live on FB and I cannot unsee this.

What do you do? I happened to the last min get on FB before I went to sleep and I saw it. I tried but apparently it wasn’t quick enough to reach him.

I wasn’t quick enough. Dear God I wish I could have gotten to him.”

An organization which is having the aim to end gun violence also wrote a tweet containing warning about the video.

“TW: Suicide There is a triggering video circulating @tiktok_us of a man committing suicide using a shotgun. If you see a white man with a beard at a desk, please skip the video and report. Mental health resources available below.”

Related to this video, TikTok authorities told The Verge that they are working on deleting the videos that are showing the graphics of suicide. One spokesperson told The Verge “Our systems have been automatically detecting and flagging these clips for violating our policies against content that displays, praises, glorifies, or promotes suicide.

We are banning accounts that repeatedly try to upload clips, and we appreciate our community members who’ve reported content and warned others against watching, engaging, or sharing such videos on any platform out of respect for the person and their family.

If anyone in our community is struggling with thoughts of suicide or concerned about someone who is, we encourage them to seek support, and we provide access to hotlines directly from our app and in our Safety Center.”

What was the age of Ronnie McNutt? Or how old was Ronnie McNutt? The answer is he was born on May 23, 1987 and he was 33 years old at the time of his death.

The parents of Ronnie McNutt are Mr. Cecil Ronald McNutt and Elaine McNutt. His father is  a member of the Celebration Church in Tupelo, MS.